When was the last time you were scared? I mean really really scared of something you were watching on TV, or perhaps a movie? It’s probably been awhile, since most adults will avoid what scares them. I, for one, will NOT watch “booger” movies. I just don’t, if there is the slightest chance it will scare me, I won’t watch it. No matter who begs me.. I just won’t.

Tonight, the boys were watching television before bed, Calliou is Picasso’s favorite cartoon. So the episode was about being afraid of things that go bump in the night, and Calliou was hearing a scratchy noise that he was sure was a monster. Well, Picasso, being the 2 year old that he is, found this very frightening, and quickly covered his head with his blankie. I kinda chuckled at it, then explained there was nothing to fear. He was fine with it all, and removed his blankie from his head. As I walked away, I couldn’t help but to remember when cartoons were scary for me too. Scooby-Doo. When I was about 7 or so, that was the scariest cartoon in the world, to me. I very clearly remember watching it thru closed hands. I have found that Picasso doesn’t really like Scooby-Doo either.

Entomologist has lost his fifth tooth today. I asked him if I could see this loose tooth, and I just pushed on it with my first finger and it nearly went down his throat! (I felt terrible about that!) He of course fussed at me for “pulling” his tooth, and I quickly proclaimed that I didn’t mean to do it. (I can’t let him in on my secrets, or he will never let me close to his mouth again!) So since he has told me the tooth fairey isn’t real, I haven’t pushed the issue. Today he says, “Hey Mommie, you know if the tooth fairey would let me cash in on all of my teeth, I could get a new toy,or two.” (like he NEEDS another toy) I said, “But the tooth fairey isn’t real, remember? That is what you told me.” So I figured that since he deserves something for my pulling and pushing every tooth out of his head so far, that I should at least give him something. He wants new magnetix toy thing-a-ma-jiggers, so I guess that the “tooth fairey” will leave him enough money to buy new ones.

Oh, and I forgot to tell you that he burned his hands really really bad at the playground last Tuesday. My Mom took both of the boys to the park, and there, they have metal monkey bars. Well apparently it was hot enough to make those bars super heated, and Entomologist had 2nd degree burns on the palms of both his hands! HUGE blisters. Thankfully I had Silver Sulfa on hand and we placed it in the palms of his hands. I was more worried about dirt getting in them once they popped and getting infected. He is all better now (well despite the “scab type sores” in his hands). I just couldn’t believe how hot they were. Someone should say something to the park folks, but DH said it’s all part of life, and just be thankful that it wasn’t worse. (sigh, men!)

We are moving forward with school. An online friend of mine helped me get Entomologists computer “fixed”. It, for whatever reason, wouldn’t let me install his history games. My friend helped me install a missing link (or whatever the real term is) and it worked like a charm! We are so excited!! So tonight we learned a few things about Rome, Egypt, and Japan. Did you know that the modern 365 day calendar was “invented” my Julius Ceasar? We didn’t, but we do now! So many wonderful tidbits that we are sure to learn, and enjoy. THANKS ROBIN!!!!

That’s all for tonight, until next time! 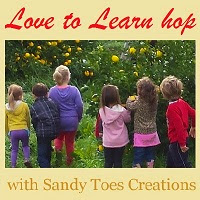